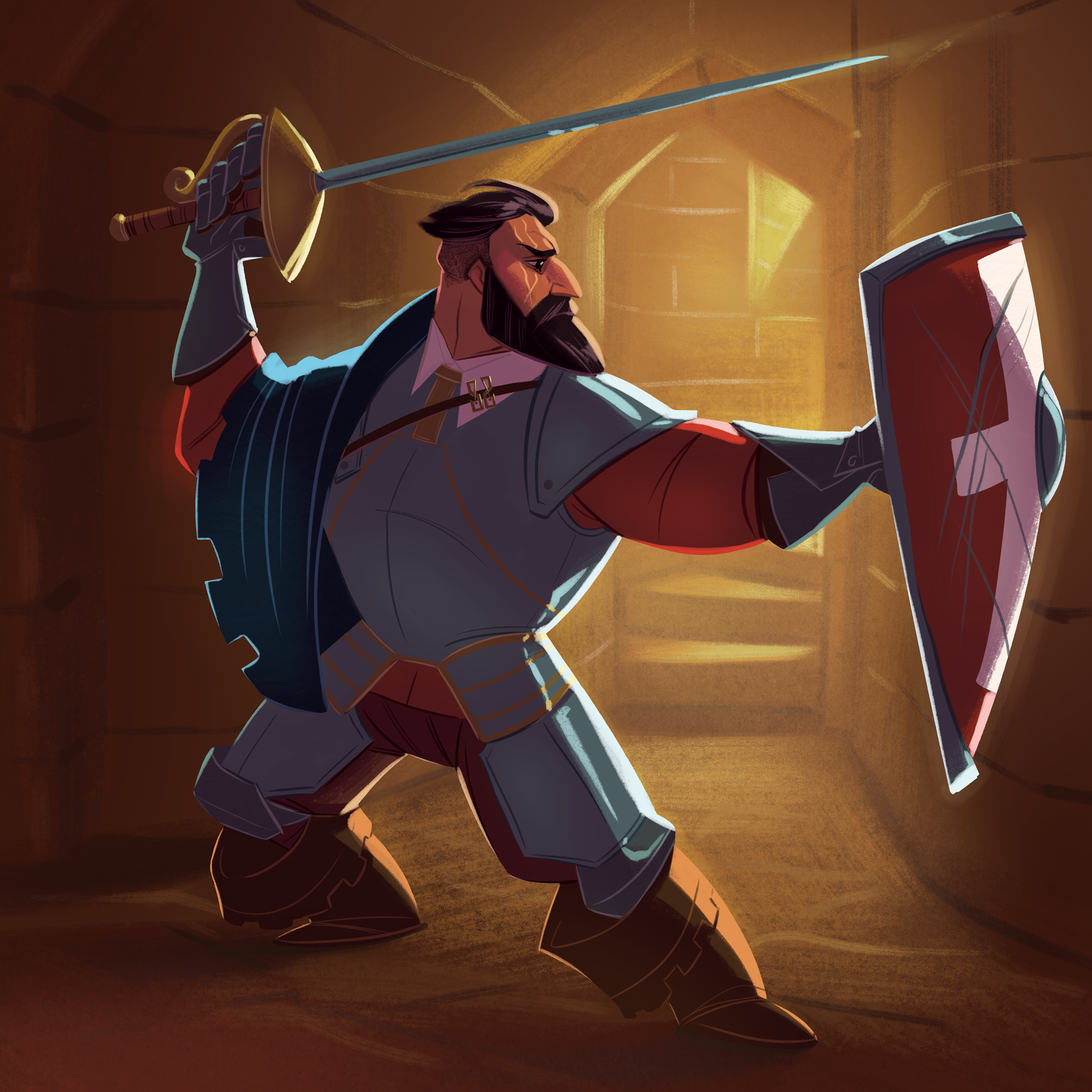 Kind folk, we have firm evidence that wizards have infiltrated us. Those who channel the eldritch forces through their body, mind, and soul – those who slowly lose their grasp on sanity and humanity have taken positions of power in our great country. They constructed towers from which to rule over the surrounding countryside and gathered minions by either creating them with foul enchantments or by corrupting their fellow citizens to guard their tower against intrusion.

Therefore, Be It Resolved

By order of Emperor Francis Joseph I, the country once again calls upon The Stygian Society in this dark time. You brave men and women are hereby charged with the task of keeping our Fair Austria free of these wizards. It is your goal to battle your way up the tower, encounter and defeat the wizard.

Q: How is luck gained?
A: Any time two or more cubes of any color or colors (whether hero or enemy) fall into the crypt during a single hero’s action; the team gains one luck (and only one, no matter how many cubes fall into the crypt). Adjust the luck marker on the status board. Heroes cannot gain luck above the maximum. Each luck can be spent as a cube of any color.

Q: The tower assembly instructions show level 5 as having a hollow center, but the actual level 5 game component has blockers in the middle. Is that right?
A: That’s right. We did last-minute testing on actual mass-produced components and found that the tightness of the tower caused cubes to bounce around a little more than the early production towers. This bouncing led to cubes falling through too easily, so we added blockers to level 5. We decided to not set production back another 3 weeks by updating the assembly diagram.

Q: Are Slasher and Ripper the same enemy?
A: Yes.

Q: What is the Stalker referred to on the Stalker Has Awakened chest card?
A: Replace Stalker with Weaver.

At the start of the game, each character gets one Woe or Lamentation at random. Each card will have some negative effect, as described on the card. Players may discard Woes and Lamentations by paying the amount of hero cubes from the field or crypt at the end of their turn, as shown on the card.

Q: Some skills trigger before enemy actions. If I use such a skill that eliminates the last enemy, does the rest of the enemy phase still happen?
A: No, the game ends immediately upon eliminating the last enemy.

Q: Since heroes don’t level up, when do skills reset?
A: At the end of each level/room.

Q: What do I do if I encounter a room that contains an enemy that I’ve already defeated and have bought as a friendly character?
A: In this case, draw a new room.

Q: The Bumps in the Night room can add more hounds once peril rises. What if I defeated all of the hounds and bought the character?
A: In rooms where additional enemies can be added, like Bumps in the Night, only purchase characters after the entire room has been defeated.

The Stygian Society is a co-operative cube tower, dungeon crawl. Heroes work together to climb the cube tower; eliminating enemies as they work their way to the top and to the tower’s master.

Players take on roles of different heroes, all fighting their way up the wizard’s tower one floor at a time.

Instead of rolling dice to defeat enemies, players drop cubes into the tower. The cubes are dependent on which skills the player has selected for the hero.

Cubes are also dropped into the tower for the enemies they are battling.

Players perform actions for themselves and their enemies as cubes fall out of the tower. Cubes may fall directly down, or become dislodged only to fall out on a future turn. Some cubes may even fall into the crypt, where they will count double.

Beware of the mini-boss and wizard on the tower’s third and sixth floors!

If your heroes take too long to defeat enemies or receive too many wounds, the wizard may take the win. However! If the players defeat the wizard on the top level of the cube tower- you immediately win! 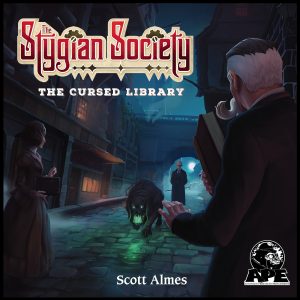 The heroes are famous authors trying to fight their way through the Cursed Library in an attempt to defeat the villain who had brought the authors’ vilest characters to life. As they progress through the library and defeat foes, they can recruit good characters using ink. These characters will fight on behalf of the heroes, but are just as susceptible to damage, so the heroes must fight wisely as they climb.

The big change in this module is using ink instead of experience. When an enemy is defeated, the party now controls the book. In the game sense, this means the book is flipped over from the ‘bad’ side to the ‘good’ side, and the players can then take control of the good character by spending ink. These goods characters can help fight, and using them will be critical to bringing the library to order. 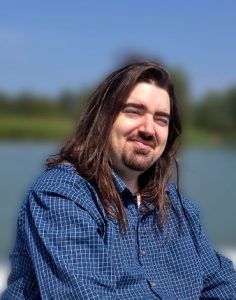 Kevin Wilson from USA is a game designer and game component developer who is known for designing games for Fantasy Flight Games. He previously worked for Alderac Entertainment Group and has a degree in artificial intelligence from the University of California, Berkeley. He first got into gaming with a Dungeons & Dragons box set at the age of 8. Bruno Faidutti has been one of his favorite game designers. Kevin’s notable earlier game on dungeon crawl scene is Descent. 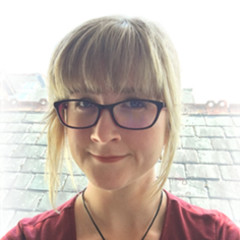 Jacqui (the Logic Fairy) was born in Johannesburg, South Africa and moved to the UK as a kid.

She currently lives and works in Lytham-St-Annes, which is great for walks through the woods or ambles along the estuary.

She has been producing art for children’s books and board games since 2012, after studying Animation at Staffordshire University. She enjoys painting everything from adorable animals to villainous wizards, bringing life to characters is something she has always been passionate about. When she’s not painting she enjoys keeping the creative mojo going by doing a spot of writing. 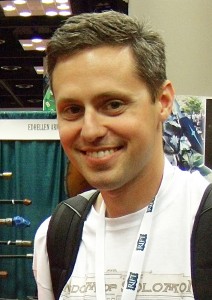 Philip duBarry is the designer of Revolution!, Courtier, and several other board games and expansions. Philip has been playing and creating games since childhood and has done so on a professional basis for about the last six years.

Spirits has been in the works since 2010 and is perhaps his most heavily playtested game to date. He lives in Cincinnati with his wife and six children. 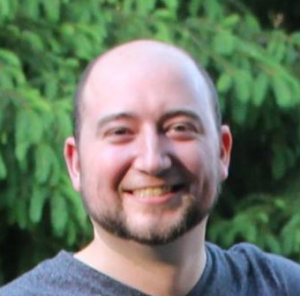 Scott Almes
Designer of The Stygian Society: The Cursed Library

Hello everybody! My name is Scott Almes, your friendly neighborhood designer of APE Games’ titles, The Great Dinosaur Rush and the Stygian Society: The Cursed Library.

apegamer | Stygian Society | No Comments
As mentioned in the last post, the production proof arrived last week. We assembled the tower and snapped some pictures for you! Cube Tower and Crypt Slotted into Field Board…