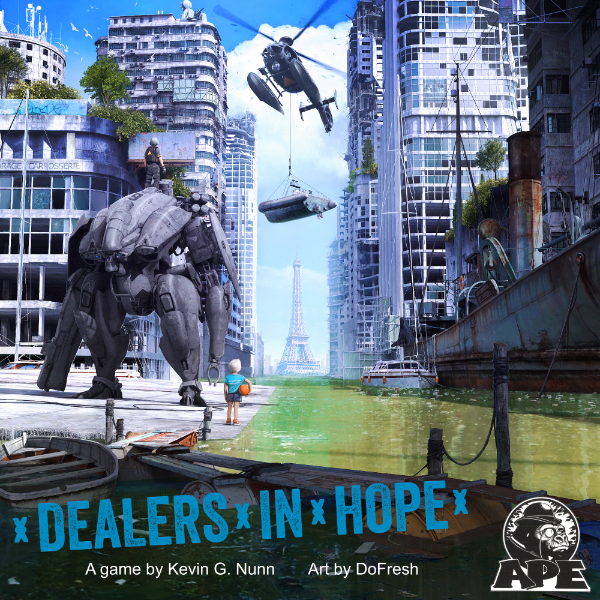 “A leader is a dealer in hope.”
— Napoleon Bonaparte

Sea levels have risen, causing severe land and resource shortages. Europe has erupted in war and it’s up to you to salvage what is left for your people.

Dealers in Hope is a deck-building game of conflict. As faction leaders, players vie for control of a future Europe that is a shell of its former glory. Build a deck that matches your faction’s play style and take back the continent!

Each player controls a different faction leader with unique abilities and starting deck. The leader you choose will determine how you score victory points to win the game. Regardless, all leaders score a bulk of their points through conquest.

On your turn, select an action by placing one of your tokens on the action board. Actions fall into one of three categories – Train (add cards to your deck), Reorganize (manipulate your deck), and Assault (attack territories). Action slots are limited, so it is essential to plan ahead and guess your opponents’ moves.

Unlike many games of this type, Dealers in Hope focuses not only on the military side of warfare, but also on the people behind the scenes – the civilians, masses, etc. that affect and are affected by the campaign.

Each player selects a faction leader, and takes the associated mat and starting deck. The leaders have different ways to score points, and different starting decks which leads to different play styles. Cards have attack, defense and support values and many have additional effect text. 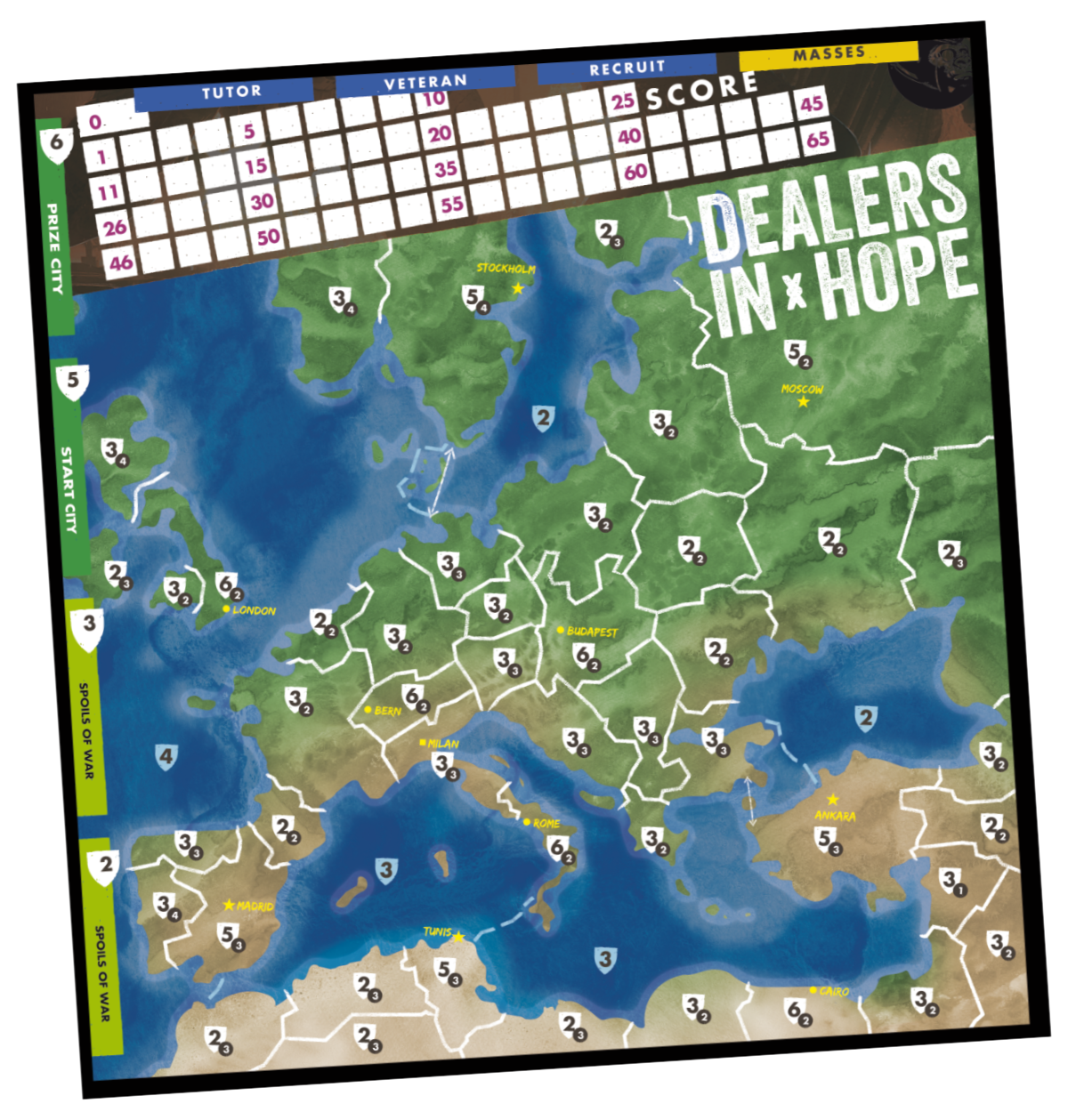 The game board represents Europe in about 150 years. Sea levels have risen, causing land and resource shortages. Each territory has two defense values – the value in the shield is always present. The value in the small circle is added to the shield value if the territory is unclaimed. Players use cards from their hands to add attack or defense.

On their turn, players place one of their cubes on an available spot on the board and take that action. Since the number of spaces for each action is limited, players must plan ahead to ensure they get the actions they want. Actions with long spaces (e.g., Train 1 card) can support any number of cubes.

There are many different cards that can be trained into a deck. Many, like locations, masses, and vocations and available in every game. Professional cards change each game. There are level 1, 2 and master professional cards. These cards must be trained into a deck in order, and are increasingly powerful. The master is the large card on the bottom, and can be trained by all players by adding one of their control markers.

Dealers in Hope on Kickstarter

Dealers in Hope is coming to Kickstarter this summer. Subscribe to our newsletter to be notified when the project launches, and other APE Games news. 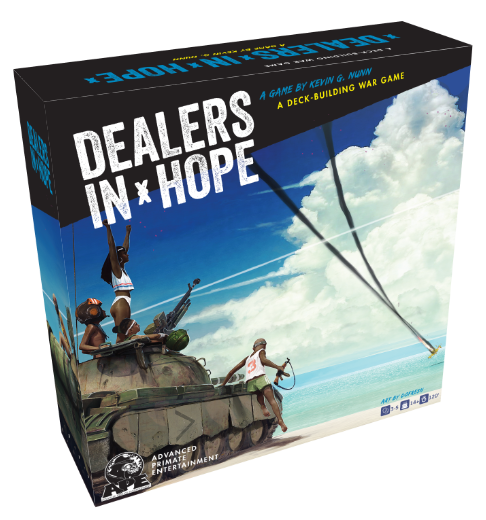 Preliminary rules for Dealers in Hope can be downloaded here. 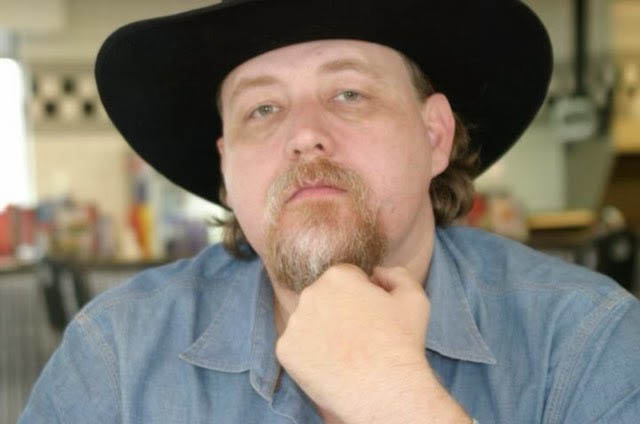 Ronan Le fur (aka Dofresh) has been a professional artist for 15 years.

During the first ten years of his career he has been working as a CG artist specialized in lighting and textures (mostly for advertising and video game cinematics).
With time and experience, he realized that the thing he preferred in all these productions was the phase of pre-production, of visual research. Therefore, in 2010, he started a new career of freelance concept artist and illustrator.

Based in France, he now works remotely for many studios and clients, from all around the world.

You can see his online portfolio here : www.artstation.com/dofresh

apegamer | Dealers in Hope | No Comments
After much soul-searching and dialog, we've decided to temporarily postpone Dealers in Hope. Our plan had been to crowdfund the game this summer, but decided to hold off on our…