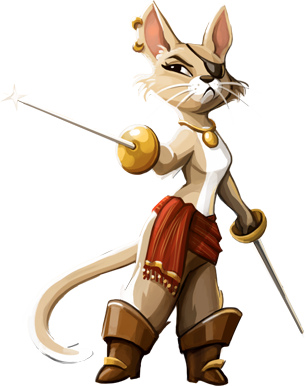 The troll of a man sitting across from her at the table reeked of rum. He said, “I can see that you are a smart woman. I know this because Chaos Cove is where smart people come when they need to hire the best and, well, here you are.”

The man was filthy. It looked like the stains on his shirt had stains. “Sure, they’re miscreants and criminals to a man, but they are… let’s say ‘talented’ in ways you will not find elsewhere.” He nodded over to the bar where a shirtless brute of a man milked a gigantic mug of some brownish-green liquid. The man looked angry about something. “Take Moaf over there,” said the trollish man. “Moaf once bested 6 men at once in hand-to-hand combat.”

As if on queue, Moaf lifted the mug and swallowed the entire contents. Whatever Moaf was angry about, the drink didn’t help. He leaped onto the bar, produced a massive chain from somewhere that she could not see, and began swinging it over his head like a lasso. “You call this swill Scrumble?” he roared. He let slip one end of the chain, which flew down the bar and wrapped around the bartender. Moaf gave a great heave on the other end of the chain and the bartender flew through the air toward him. Next to Moaf, the quaking bartender looked like a small child. Moaf picked up the protesting bartender, lifted him overhead, and heaved him back across the room and through the front window of the Three Sheets to the Wind bar. He then reached over the bar, poured himself another Scrumble, and sat back down in glum contemplation.

The bar’s occupants returned to their drinks and conversation, more more annoyed than amazed at the exhibition of strength. A tropical night breeze from the bay blew in the broken window.

“So you see,” said the man across from her as a sort of a Q.E.D. to Moaf’s demonstration. “Now, let us talk about your particular needs, and who we can find to help you fill them.”

Travel to Chaos Cove and hire the best talent to complete increasingly-difficult goals. Each mercenary has a different set of skills, and can carry unique items. The heroes you hire must combine their talents if you’re going to win.

As an example, on your turn you use your hero Moaf (has Attack and Push/Pull skills) to pull an opponent to his space, then you use your agent Qun to steal the detonator item from the opponent and use it to explode all of the fused bombs on the board, thus completing your goal! 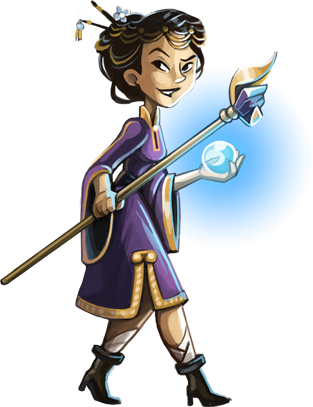 Judging by his wobbly walk and freakish height, some people advanced the theory that there might actually be TWO illustrators hidden under its coat, one on top of the other*. When asked about it, Mr. Cuddington denied vehemently the allegation, calling the whole thing “just plain ridiculous”. Still, he often refers to himself by both the female and male gender, which is all rather confusing.

Anyhow, we know for certain that he is looking for freelance work and will happily respond to any mail that comes his way.

*Rumor has it it would actually be David Forest and Lina Cossette, but don’t believe everything you hear…

Per MonthChaos Cove is coming soon to Kickstarter. 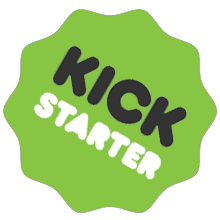 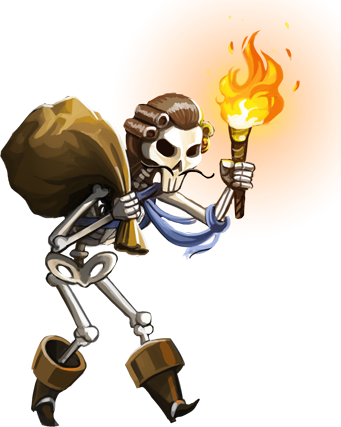