By apegamerJune 22, 2021Ivion
No Comments

Ivion is a 1v1 or 2v2 dueling card game where players represent valiant characters on a grid-based field of battle. Each card is a masterful strike, a powerful spell, or a strategic counter with the goal of reducing the foe’s life points to zero. Ivion brings the drama and excitement of card gaming to a new level. Game play is fast-paced, brutal, and immensely satisfying.

“I was immediately drawn to the stunning game art and graphic design.” said APE Games president Kevin Brusky. “The flexible Herocrafting System lets players customize decks to easily forge new powerful characters – a wonderful feature for busy people who want to play a variety of decks without the hassle of normal deck-building games. Three different stand-alone games offer an assortment of play styles for the different characters so players stay engaged and can continually try new ideas! It’s possible to easily build a staggering array of different decks by combining card sets from each game!”

Ivion will be available through distribution worldwide in late 2021. 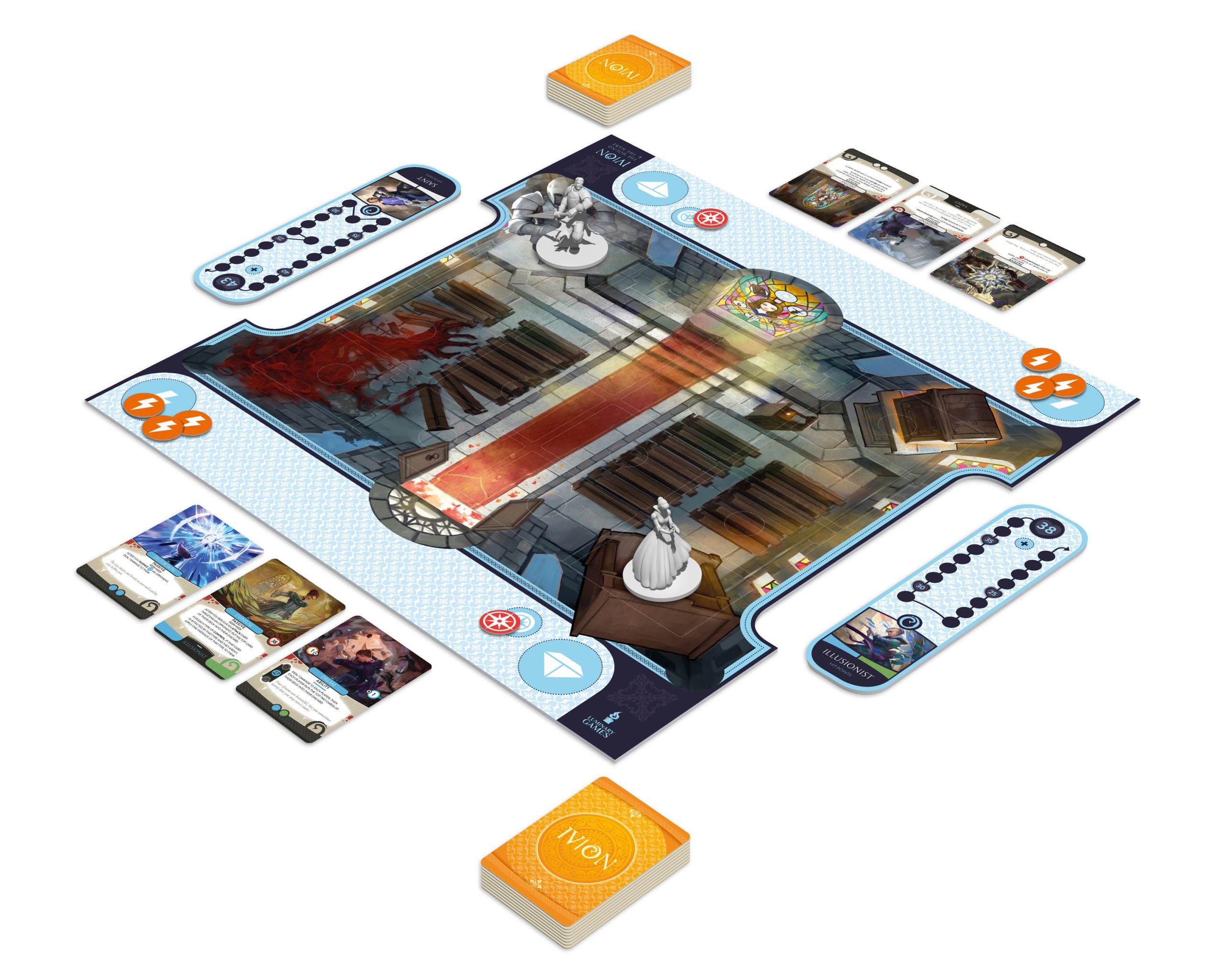 ABOUT LUMINARY GAMES
Luminary Games aims to foster the growth of competitive minds by creating approachable, healthy, and exhilarating game experiences. We believe that adversarial games can not only create positive memories and relationships, but also help develop critical life and social skills. Luminary Games is run by Aislyn Hall and her partner, Aaron Shaw.

ABOUT APE GAMES
Founder Kevin Brusky launched the tabletop games publishing company APE Games in 1997. Our intent is to bring people together to experience the joy and camaraderie of fine games. When we are not busy making our own games (Rolling Freight, Spirits of the Rice Paddy, Moa) we partner with other publishers to bring their fine games to audiences worldwide (Trickerion, Petrichor, Ivion).